DID YOU KNOW... 100 Years of People and Stories 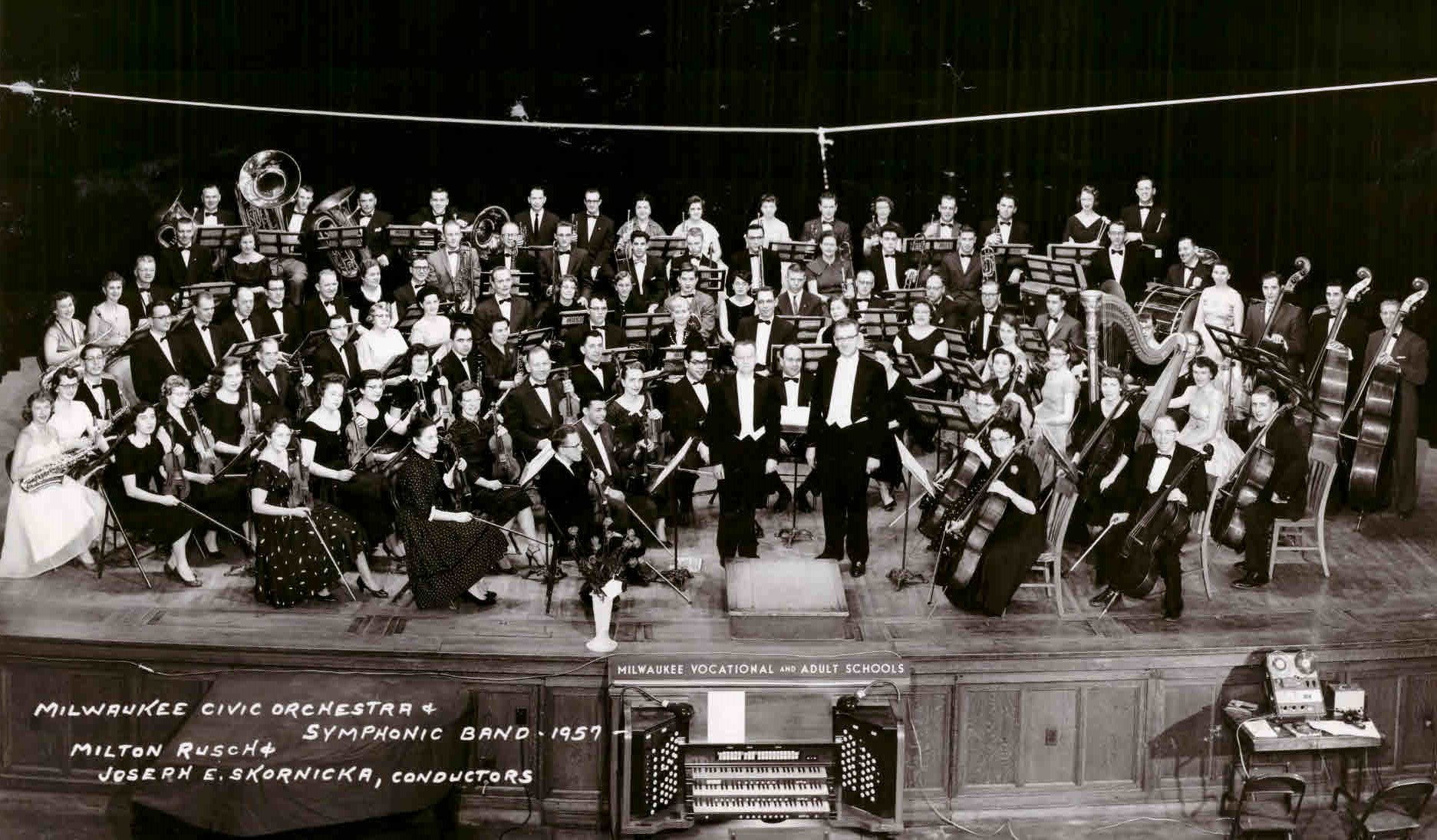 Rudolph Kopp was a prolific movie composer and music director based in Hollywood.  We find nothing that tells us what brought him to Milwaukee.  Milton Rusch, the conductor who held that position for the longest time, rose from Assistant Conductor to Conductor in 1930.  A Milwaukee native, Dr. Rusch was a product of and professor at the Milwaukee Normal School (nka UW-Milwaukee).   1918, the year that CIVIC MUSIC was established, was a big year for him.  Not only was he playing oboe in the United State Navy Band under John Philip Sousa, but he performed a piano soloists with the Chicago Symphony Orchestra under Frederick Stock!

In 1947, the Young People’s Orchestra became the Civic Orchestra. As the story goes, many of the founding members were still playing 20 years later and not passing for young people anymore!  And so, a change was made for the orchestra and the band.

The Civic Orchestra reorganized as a separate entity in 1993 and became the Festival City Symphony.  Through the years the orchestra’s conductors have been:

#2 A Sounding Board for Milwaukee's Cultural Discussions

Association minutes show that over the years, Civic Music Association was a sounding board for events and improvements to the cultural life in Milwaukee. In 1941 there was discussion about creating a commission to study the development of a Music Hall.  In 1943, a resolution was sent to the Common Council to erect a Music Hall as a War Memorial.  1944 shows that they were thinking big with what they thought the hall should have - - one large concert hall for opera and symphony (and remember this is before the MSO, when the Chicago Symphony came up regularly), a smaller hall to seat 1,500, a concert hall to seat 800, small recital halls and rehearsal facilities.  By 1953, it was clear that the building would be a War Memorial... without the Music Hall.  Designed by architect Eero Saarinen, construction began in 1955 and the building was dedicated on Veterans Day in 1957.

In 1960, minutes show that CMA sent a letter to Common Council, the Mayor, and the County Board of Supervisors emphasizing the urgency of taking action in the promotion of the Music Hall now being slated to be located on the Milwaukee River.  Construction began in 1966, and it opened on July 26, 1969 as the Performing Arts Center.  Following a $25 million donation from the Marcus Corporation, the County changed the venue's name in 1994 to the Marcus Center for the Performing Arts.

Auditions were called, and 106 musicians showed up - - far exceeding their expectations!  For their first concert, band members sold 1000 tickets for their performance at the Auditorium (now the Milwaukee Theatre). Through the years the conductors were: